Joseph Johnson spent some time at Midlands Fatherhood Coalition before moving back to his hometown of Anderson, SC.

His four children had been removed from his custody, but he knew he could turn to Upstate Fatherhood Coalition for help. He was ready to turn his life around and be the father he knew his children needed him to be.

He was struggling against the court’s timeline, but he made sure to attend every class he could to learn as much as he possibly could about parenting and co-parenting.

He improved his financial situation and learned how to effectively budget and began earning more money than he could ever remember making.

And after his court date, in which he learned he had not yet done enough to re-gain the custody of his children he lost, he didn’t lose hope.

With the assistance of Upstate Fatherhood Coalition staff, Johnson successfully convinced the court to let him have six months to prove he could be a good father to his kids.

In September 2018, the court granted him rights to re-engage with two of his four children. Now, he and the mother of his children have custody of all four and have moved into a new home as a family. 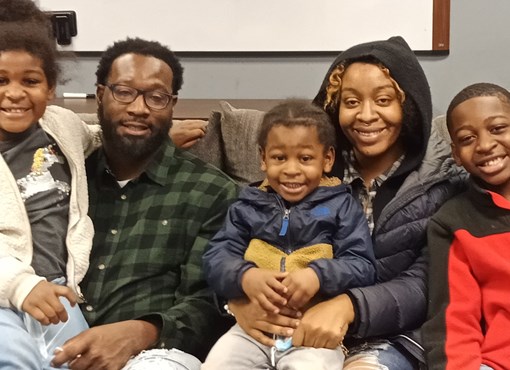